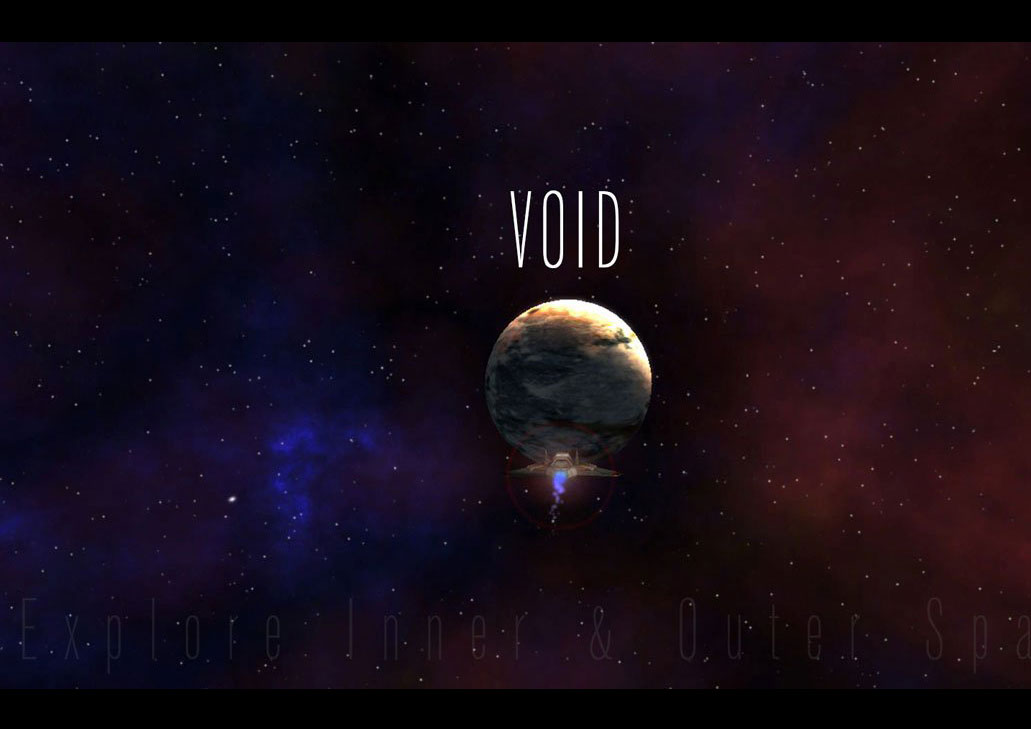 This (incomplete) prototype/verticle demonstrates the space exploration & mining aspect of a proposed game idea called ‘VOID’. It’s intention is to install a feeling of loneliness and expanse. The prototype is a work in progress and many of the core and polished elements are not included. Below is a link to play the prototype and below that, excerpts from the game’s original design documentation.

Looks like the old Unity Webplayer has been deprecated and doesn’t work in ‘modern’ browsers.. you can try it in ie11, or else just watch the little video I’ve made above 🙂

Void is about space mining and narrative expedition and is planned as an allegory for both internal and external alchemical transmutation.

The ultimate goal in Void is to uncover both internal and external enlightenment. This is achieved internally through completing the narrative journey and externally by transmuting the elements into their highest form, ‘Elixir’.

Externally, the player is tasked with exploring a procedurally generated universe seeking various elements and ores. These elements can be sold, held or combined. Each element has properties that will be enhancing or harmful and the player must choose which elements to hold onto and for how long. By combining elements in specific (and unique for each play-through) recipe sequences, the player is able create precious elements which boost their score and give them tangible bonuses.

These recipe sequences or ‘Arcanum’ are unlocked through narrative progression or through experimentation. Early on in the game, experimentation is the easier method however there is a ceiling to this and after a certain point the player will need to resort to following the narrative in order to unlock higher levels of Arcanum. This mirrors a real alchemist’s need to transmute internally rather than becoming obsessed with the physical transmutation of lead into gold for material gain.

The game relies on a procedurally generated narrative engine to provide an internal trajectory for the characters and player. This both affects and is affected by the player’s choice in physical elements held. The over arching story unfolds across 22 chapters that vary in length, depending on the nature of the characters involved and the players decisions. Each chapter has a theme based on a card from the Major Arcana of the Tarot (as interpreted by the A.E Waite interpretation, See the Appendix) and follows the story of ‘The Fool’s Journey’.

There are seven crew member characters aboard your ship, each representing an element of ‘The Great Work’ (lead into gold). Each character is defined by three main factors, their personality, their destiny and their situation.

Personality is defined by a pseudo-astrology. They are assigned a randomly selected birth time and day, which are then plotted onto a simplified version of an astrological natal chart. This defines the characteristics and temperament of each character. These traits act as a filter for any and all decisions and the interactions that the character makes are processed through these traits.

Destiny is defined through an 11 card tarot reading from the full 78 card Rider Waite deck. Each card defines a character’s destiny for 2 chapters and influences the way a character makes decisions, providing intent and direction for the interaction.

Situation is defined by the context of any given circumstance the character might find themselves in.

These factors are all represented by numbers which influence a probability matrix to output a series of events and interactions.

Credit: Music by Paul and the Stretch

All free models taken from TurboSquid