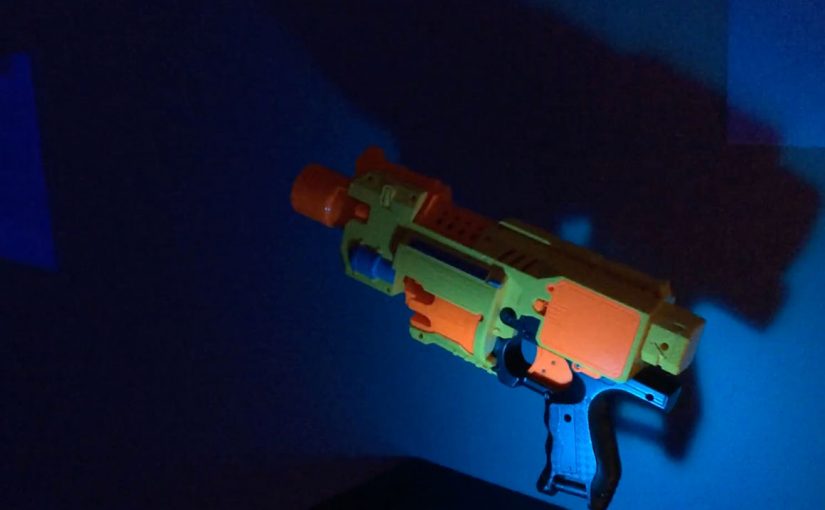 As remote technologies and artificial intelligence become ubiquitous, their viability as a form of mechanised warfare becomes more economically appealing. This results in discrete and protracted layers of abstraction between the agent who pulls the trigger and the machine which fires the bullet.

Despite its plastic and colourful exterior, this piece has a Wi-Fi router embedded within it which, once connected to (by holding down the trigger, an electric circuit is completed, powering the router), displays disturbing images of children mauled in US drone strikes alongside a contextually appropriate quote from Noam Chomsky.

This interaction is an attempt to infer a procedural rhetoric about the nature of automated mechanical warfare and also generate awareness of the societal moulding and desensitization to violence through videogames and TV/film.

The title of the piece makes reference to Magritte’s ‘This is not a pipe’ which toys with the notion of form and representation as a semiotic expression.